Fruit Trees for Sale in the Fort Worth Area

Shop Premier Nursery for your fruit tree needs. We offer a wide variety of fruit trees that you and your family can grow and appreciate for years and years.

Visit one of our convenient locations, or call us to discuss which fruit trees you need! 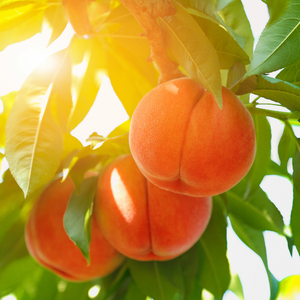 Elberta Peach: The Elberta Peach is one of the most popular and most planted peach trees in North Texas. The Elberta peach makes for high-quality peaches for canning and eating. Ripens in mid-July and requires 850 chilling hours. Freestone. Deciduous.

Harvester Peach: Red to yellow fruit with sweet flesh. The harvester peach tree is self-fruiting and good for baking or eating fresh from the tree. They ripen early to late June and require 750 chilling hours. Freestone. Deciduous. 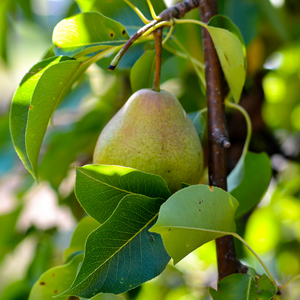 Ayers Pear: Small to medium-size fruit with yellow to red-colored flesh. Excellent for fresh eating or canning. One of the highest quality pears for the home orchard. Ripens mid-August. Requires 350 chilling hours. Deciduous. 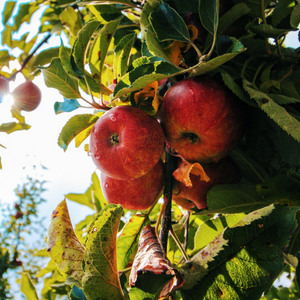 Golden Delicious Apple: Tangy-sweet flavor with a touch of spice. One of the best pollinators for other varieties. Self-pollinating. Versatile apple for fresh eating or cooking. Ripens mid-September to early October. Requires 600 chilling hours. Deciduous.

Mollies Delicious Apple: Mollie’s Delicious apples are medium to large, conical fruits. The skin is smooth, thin, firm, and ribbed with a yellow-green base, covered in pink-red striping with a sweet-tart acidic flavor. Ripens mid to late August. Requires 400 to 500 chilling hours. Deciduous. 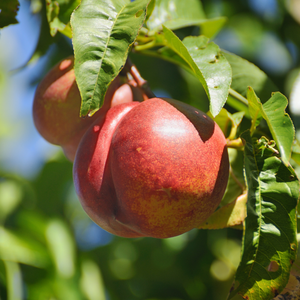 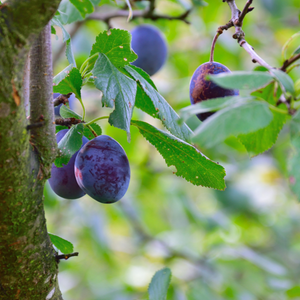 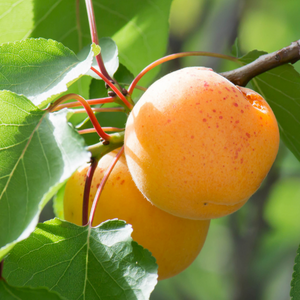 Early Golden Apricot: Medium-sized fruit is golden yellow with rich and juicy flesh. Use for canning and for eating fresh. This Apricot Tree is self-fertile; however, production is improved by cross-pollination. Ripens from June to July and requires slightly less than 300 chilling hours. Deciduous.

Celeste Fig: This small to medium-sized tree is prized for its vigorous growth. It produces small, purple-brown figs with sweet white flesh that mature and ripen in mid-June. Requires 450-500 chilling hours. Deciduous.

Texas Everbearing Fig: Medium-sized fig. It is the most common variety in Central Texas. The tree is vigorous, very large, and productive. Ripens in late June and continues to ripen into August. The fruit is nearly seedless and has a mild sweet flavor. Deciduous.